No products in the basket.

Are you a videographer or photojournalist who wishes to cover a social, economic, political or cultural subject in a photojournalistic manner? The Canon Video Grant – Short Film Documentary could help you tell your story. Responding to an ever-changing media landscape in which video is becoming an increasingly essential tool for photographers, Canon launched the Grant in 2020. “This grant aims to celebrate and support up-and-coming champions of this new age of visual storytelling by giving them funding and a platform to be heard,” says Richard Shepherd, Senior Product Marketing Manager, Canon EMEA.

“Canon is also arming storytellers with the innovation they need to further propel their careers in video. Just as the stills and video capabilities of the Canon EOS 5D Mark II marked the beginning of a shift in the market that enabled visual storytellers to move between stills and motion, the Canon EOS R5 with 8K video takes this a step further.”

French-Swiss photojournalist Michaël Zumstein was the recipient of the inaugural Canon Video Grant – Short Film Documentary for his film project Miss Bangui. The eight-minute video documentary focuses on the organisation of the Miss Central African Republic beauty pageant and gives a voice to the participating women in a country riven by violence and civil war, which has been ongoing since 2012.

“This grant is a way to continue my work as a filmmaker,” Michaël says. “I want to tell the story of the women who are fighting – not against other people, but for their freedom. They are not only taking part in a beauty contest, they are fighting for their place in the CAR.”

The grant winner will receive €8,000, along with a loan of video kit including a Canon video camera and two cine lenses to make a short documentary of approximately eight minutes in length.

The recipient of the grant will be selected by a jury of industry experts in summer 2022. They will be chosen based on the strength of their previous work, as well as the presentation of their documentary proposal and the journalistic merit of its theme.

The Canon Video Grant is open to individual professional photojournalists or documentary video makers with at least one video reportage project under their belt. They can be based anywhere in the world but need to have a proficient grasp of French or English, spoken and written. Their proposed short documentary must cover a social, economic, political or cultural subject in a journalistic manner.

Canon has been a sponsor of the Visa pour l’Image photojournalism festival for more than three decades. The Canon Video Grant continues Canon’s long history of supporting industry talent at the festival. Established in the year 2000, the Canon Female Photojournalist Award recognises outstanding female photographers with an €8,000 project grant.

This year’s Visa Pour l’Image festival will also see the return of the Canon Student Development Programme, which brings together young people from different countries for workshops, portfolios and mentoring.

To find out more about the Canon Video Grant – Short Film Documentary and to apply, visit the Visa pour l’Image Awards & Grants page or email canon-videogrant@orange.fr. Entry is free and the deadline is 17 May 2022.

Not a member,  step right up.

Our mission has always been to educate, motivate & inspire and Patron memberships help us to do this for you. For less than two cappuccino’s and a cinnamon bun month you get full access to the Hunters of Light content and special offers. If you would like to help us generate this content for you, consider signing up as a Patron member.

Canon South Africa is a leading provider of digital cameras, digital SLR cameras, inkjet printers & professional printers for business and home users.   Our Kyosei Philosophy Kyosei is Canon’s corporate philosophy and lies at the heart of our brand, business and sponsorship activities. Kyosei is a Japanese word that means living and working together for the... 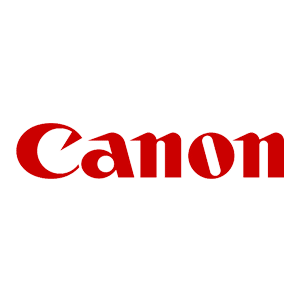 Hunters of Light is an initiative to help motivate and inspire photographers through the COVID 19 Lockdown and spark ideas so that we can come out of this not only surviving but with renewed passion and fire in our hearts.
We welcome photographers of all skill levels and all camera brands, this group is all about creating beautiful images.

MADE WITH LOVE BY BLACK ROOSTER

Scroll Up
Clear Clear All